Phalaenopsis amabilis or better known moon orchids as germplasm in the slopes of Mount Merapi. The existence of this orchid on the wane since the attacks of pathogenic fungi. Fusarium solani is the most attacking pathogen Phalaenopsis sp. orchid (Chung et al., 2011) compared to other pathogenic fungi. Attack of Fusarium sp. will cause rot and yellow colored leaves.

Until now there has been known as a biological control against Fusarium sp.
Based on previous studies, which are mycorrhizal fungi Binucleate Rhizoctonia (BNR) has the ability to inhibit the growth of Fusarium sp. on horticultural crops, but has not been tried on orchids. Expected prainokulasi mycorrhizal Binucleate Rhizoctonia spp. (BNR) is the orchid seedlings, can inhibit subsequent infection by Fusarium sp. This mechanism is known as a form of induced resistance (induced resistance).

The mechanism of induced resistance in plants such as orchids like lignification structural resistance mechanisms and the formation of the structure of the peloton as a condition of their association with Rhizoctonia orchid mycorrhiza. Results platoon formation in Sleman more inetsif disbanding in Surakarta. Formation of a structure lignifikasi in Sleman thicker than the in Surakarta. We hope this research can later be used as a model as a method of induced resistance in other epiphytic orchid plants in Indonesia. 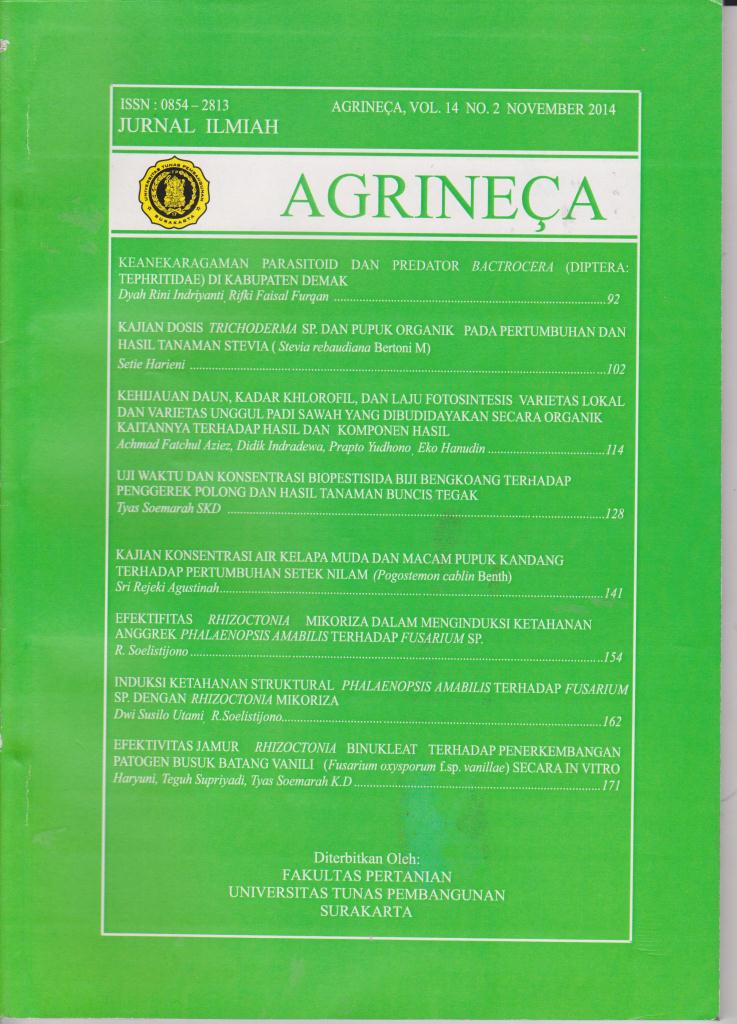